EVA DORA MESZAROS WENCZL, age 82, of Nashville, passed away peacefully on October 4, 2013. Mrs. Wenczl was born in Budapest, Hungary. As a child, Eva and her parents escaped from war-torn Europe during the 1940s to courageously begin a new life in the United States; settling first in Cleveland, Ohio and later in Nashville, TN. Eva was a devoted mother to three daughters and loving grandmother to seven grandchildren and one great-grandchild. She will be remembered most for her generous, kind, and gentle spirit, her warm smile, love of nature, and charming Hungarian accent. Eva loved her home at the Cloister, her garden, and her weekly Bridge groups. She was also known for her love of Hungarian cooking and baking, and sharing her creativity through her gifts for crafts and themed decorations. She was a long-time employee at St. Thomas Hospital, beginning as a volunteer Pink Lady. Her tireless graciousness and generosity were also evident through her service to the Ladies of Charity, Cheekwood, the Cloister, and to her children’s schools. Even today her children’s friends fondly remember her as the “sweetest Brownie leader-ever”. Eva was preceded in death by her mother and father, Katalin and Odon Meszaros, her precious young niece, Esther Meszaros, and her beloved companion, Fred Bryan with whom she spent many happy days strolling with their dogs, Pumpkin and Murphy. Eva is survived by her adoring daughters, Edith Wenczl, Eva (Kuki) Lewis Hohimer (Jack), and Esther Stewart (Lee); brother, Ivan Meszaros (Susan); nephew, George Meszaros (Maureen), nieces, Elizabeth Zotzy (Thomas), Christina Metsch. Other survivors include her grandchildren, Emme Marten (Esteban), Estee Marchesani (Todd), William Stewart, Jonathan Stewart, Joseph Lewis, Kaitlyn Lewis, and Alex Lewis, and one great-grandson, Evan Marten. A Mass and service will be held in her honor on Tuesday, October 8 in Cleveland, Ohio at St. Angela Merici Catholic Church beginning at 12:30 p.m. and followed by burial at Holy Cross Cemetery. A remembrance gathering will be held at a later date at the Cloister clubhouse for her many friends and neighbors there. In lieu of flowers, memorial donations may be made to Friend of Warner Parks at 50 Vaughn Rd., Nashville, TN 37221. Eva’s family would like to express their deepest gratitude to her caregivers who compassionately responded to her every need, especially those at Woodcrest at Blakeford and with Alive Hospice. Eva was a source of delight and inspiration to her family and friends. She will be greatly missed.

Offer Condolence for the family of Eva Dora Wenczl 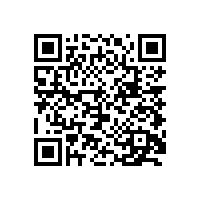