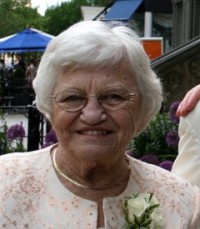 It is with deepest sadness that we announce the passing of wife, mother, grandmother and great-grandmother, Katalin Papp (nee Hokky) at St. Augustine Manor in Cleveland, Ohio, on May 19th, 2015 peacefully at the age of 89, surrounded by members of her loving family.

Katalin met and married the love of her life, Gabor Papp, LLD in 1947. As refugees in a Displaced Persons camp, her mother, Margit Hokky, made the bridal gown and veil using parachute silk donated by an American soldier. In 1951, she and her husband and first two daughters Eva and Klara, moved to the United States to build a better life for themselves and their children. The family was blessed with the arrival of two more daughters in the United States, Gabrielle and Susan.

Katalin was the devoted and beloved wife to Gabor for sixty-four years. He predeceased her in 2011. Katalin is also predeceased by her brother, Istvan Hokky, in 1979. Of all the strengths of her life, the most important was the love she had for her family.

Katalin had a special place in her heart for her grandchildren and they loved her deeply in return: Christian Hedrick, PhD, and wife, Katie, Elizabeth (Wehner), PhD and husband Joshua, Krisztina Walter, Anna Walter, Michael Walter, Andrea (Redel) and husband Nicholas, Mark Fleischer and Lauren Fleischer. Katalin showed her grandchildren how to live each day to the fullest and took pride in all of their accomplishments. They, in turn, are grateful for the role she played in their lives. Her great-grandchildren, Anneliese, Alexander and Caroline brought a special joy to her life.

Katalin is mourned by many nieces and nephews in Hungary and elsewhere, including Charles, Stephen, Peter and Christina Hokky and their families and Eva (Szule) and her children Rita (Kline) and Robert Szule, Jr.

The family wishes to thank the directors and staff of the St. Augustine Manor of Cleveland for their kindness and care.

In lieu of flowers, the family requests that donations be made to a Scholarship Fund for Hungarian Students in Ukraine.

Offer Condolence for the family of Katalin Papp 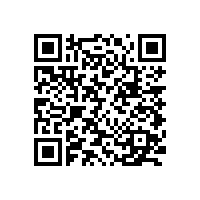