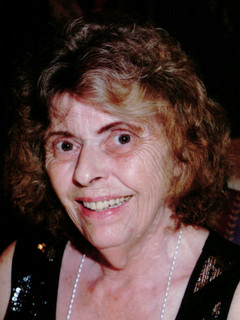 The world lost one of its sweetest, kindest, and most joyful souls when Beatrice Ann Planisek, age 74, peacefully took her last breath. She passed away at her daughter’s home in Euclid, Ohio on November 30, 2016 as soon as the evening rain started falling.

Bea was born at Woman’s Hospital in Cleveland, Ohio on July 5, 1942 to Wilbur Blizzard and Mildred Annabelle Turner (nee Newlen).  In 1960, she graduated from Lutheran High School – West. She lived in Cleveland, Ohio for most of her life, except a brief stint in California she never said much about so this time remains a mystery.

Working in the service industry, she took pride in a job well done.  She was a cashier at Woolworth in downtown Cleveland and the Peanut Shoppe in the Terminal Tower.  She knew a lot about nuts from her time at the Peanut Shoppe, that knowledge was probably pretty useful to her while raising her children. For the last several years, she worked as a cashier at McDonald’s.  She adored her regular customers.  She knew their names, what they would order, and a lot about their lives.  When a customer was having a tough time in life, she would make cards for them.

Always eager to comfort anyone going through a rough spot, making cards for others was a calling she enjoyed.  She started this when her son, Davis, joined the Marine Corps. She sent cards and care packages to Marines deployed overseas and to the families of fallen Marines.  She would search for the perfect image and verse to send in order to bring peace.  She dedicated many hours to creating those cards.

She was honored to be a Marine Mom, driving around town in a car covered with Marine Corps bumper stickers.  She proudly wore Marine Mom t-shirts. After her son was deployed to Haiti, she started collecting shoes to send to the people of Haiti and her house was usually full of boxes of shoes to send.  She would be very grateful for others to continue sending shoes to Haiti in her honor.

Singing hymns and old time gospel songs – LOUDLY and mostly off key was a source of great joy for her; she loved baking – she made the BEST “Tunnel of Fudge” cake until Pillsbury discontinued the required frosting mix.  She used up a lot of time trying to duplicate the cake after that but it was never the same – just like life will never be the same without her. She loved crocheting blankets, scarves, and ponchos to give friends and family.  She was an excellent gardener, planting all of her flowers from seeds and tenderly caring for them as they grew. She kept up with current events and almost every day would share what the news, starting the conversation excitedly with “did you hear?”.

She always picked out the perfect gifts for others.  She paid a lot of attention to little things people liked so she could surprise the recipient. She was always early for everything, a trait her children, unfortunately, did not inherit much to her dismay. She often said, “if you’re five minutes early, then you’re late.”

The joy of Christmas was always in her heart. She decorated every inch of her house.  It was like Christmas exploded all over when she started decorating.  Every year, she bought a cake that said “Happy Birthday, Jesus”.  She wanted to make sure everyone knew Jesus is the Reason for the Season.  She collected Nativity Scenes which were displayed year round. There are a lot of them!

Her biggest source of pride was being a mother.  She was our biggest cheerleader, comforter, and confidante.  She forgave a lot and sacrificed much in order to provide for us.  She was at every event in our lives no matter where it was or what she had to give up in order to be there.  She always insisted we were on time and ready.  She kept better track of our schedules than we did. She made sure we had experiences to make us well rounded.  She sang hymns, read to us, took us to plays and concerts, made sure we attended church, and that our homework was finished – even after we were all grown up.  It seems like it will be impossible without her, but she did everything to prepare us.  One of the last things she said was, “Remember, you learn something new every day, you just have to pay attention.”

She leaves a daughter, Larissa (Devon) Malcolm; a son, Davis Aguila, of Cleveland, Ohio; a younger sister, Jeanette (Robert) Bellas, of Rock Creek, Ohio; a “bad ass dog” named Blue; a turtle, McGyver; and three “grand-dogs”, Shiloh, Zeus, and Kate to try to figure out how to navigate this life without her expert guidance and staunchly held opinions. She was proceeded in death by her parents, Wilbur and Mildred “Annabelle” Turner; many beloved uncles, and aunts; and her dogs Puddles, Tumbleweed, Siren, Hobo, and Irie.

A memorial service is being planned for a future date at Unity Lutheran Church, 4542 Pearl Road, Cleveland, Ohio 44109.  Per her request we will be singing some of her favorite hymns, LOUDLY – on or off-key.

Offer Condolence for the family of Beatrice Planisek 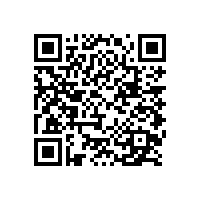